In 2014 I landed my first ‘official’ job title as Marketing Manager of The Eastern, iconic multi-level late-night venue in Bondi. Owner and late-night venue pioneer Andrew Lazarus told me he hired me despite my young age (23 at the time) because of my involvement in the Sydney music scene and my passion for entertainment having worked with Falcona for over two years during my time at Beach Road Hotel in Bondi. During my time at The Beachy, I worked across many successful events with Falcona’s portfolio of exceptional artists including Alison Wonderland, Hot Dub Time Machine, Example, Crooked Colours, DMAs (just to name a few).

Now writing this 6 years later, I have to take a moment to say thank you to Andrew. I’ll also take this moment to note that when all my friends were saving for Europe trips, I was working 3 jobs to save for my move to Sydney from the Gold Coast where there was little opportunity for me to pursue my vision. I moved to Sydney knowing that I was going to work my way from the absolute bottom and I was prepared, armed and ready to do anything to make my vision a reality.

Blood, sweat and tears are nothing compared to enduring sleepless nights pulling double shifts, working multiple jobs and learning through YouTube and various free upskilling platforms until I could afford to invest in personal and professional development. All while being constantly told “SHE is too young” or “SHE has no idea”, “SHE will never pull this off”. Andrew was the only boss I have ever had who undoubtedly believed in my vision and my talent. He gave me the freedom to run wild with my ideas which lit the first fire I ever had of certainty in my career. THANK YOU!

My mission was to bring the famous ‘AND Wednesday Club Night’ back to Bondi. These nights were bangers and NOT-TO-BE-MISSED for any Eastern Suburbs Resident (#ifyouknowyouknow). I brought on Beni (former member of Bang Gang) who I had previously worked with during my Beach Road Hotel era. Together we brought Sunday Sessions back to Bondi after the beloved Canteen shutdown. And so, we came up with PE$O Wednesdays… admittedly our target market was the broke uni students who knew how to party till the early AM, so the concept was cheap eats & drinks from $1 – $10 and a killer lineup. 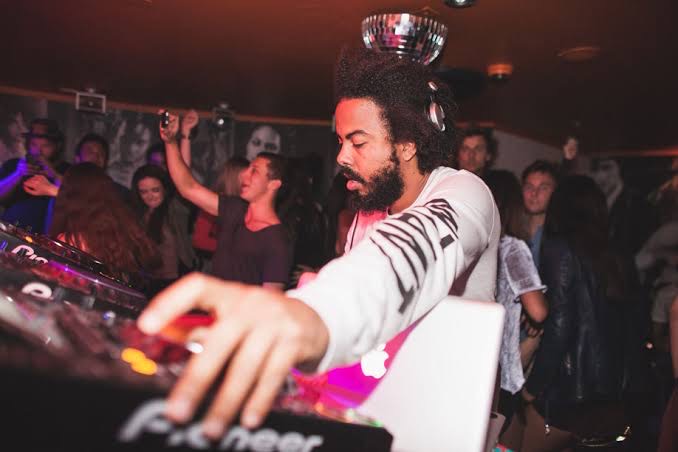 We kicked off with a soft launch and our lineup consisted of Nikki Night Time (Van She) along with some awesome up-and-coming local talent. We were then able to secure Jillionaire (Major Lazer) who was in town for the launch of PACHA in Sydney and agreed to headline a “secret Sydney side show” for our second event.  This was the most mind-blowing, ballistic and unforgettable event that I’ve produced in my career and to date, NOTHING has ever topped this.

Anyone who knows me knows that I am a huge fan of MAD DECENT! Since I can remember, I would attend their artist shows all over NSW & QLD. Being able to produce an event with Jillionaire was absolutely surreal. We announced him when doors opened at 6 pm and by 8 pm the venue was full and boppin’. Everyone was vibing, screaming and dancing (on tables, on bar tops and in the back twerking on pinball machines!) There was not a corner of the venue to be seen without a sweaty moving body on it. And just like that…. PE$O Wednesdays at El Topo Basement was the new hot spot! MISSION ACCOMPLISHED.